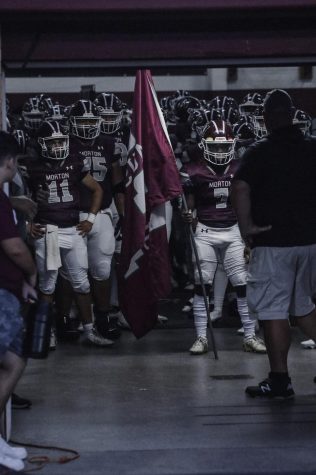 Week 1, the Morton Mustangs lost a tight game to the Bulldogs at 35-28. The game at half looked like a one-sided battle, with the Bulldogs winning 21-7. A spark was lit inside the Mustangs coming out the half, as in the fourth quarter, QB #11, Julian Hernandez rallied the team to 28-28. Putting the team on his back, Hernandez described the feeling as “ecstatic. We came back the same exact way we did last year. Playing on our home field, with the crowd on our side, we felt energized. We had prepared exactly for this moment all summer and all offseason, and it really proved our hard work to have paid off. “. When the Bulldogs got the higher edge at 35-28, the Mustangs were forced to respond with a touchdown. Unfortunately, Hernandez throw a lob down to star receiver #13 on a crucial 3rd down to Leon Kelsick Jr, where the opposition intercepted the ball, ending the game. In the end, QB Hernandez got injured, hurting his left shoulder, and starting TE/DE Aaron Miramontes went down with a high ankle sprain injury. Both players were out indefinitely for Week 2 vs the York Dukes.

As week 2 approached, Morton had to come up with an attack plan. Without key players, backups and second strings had to play their team. QB Victor Aguirre had to come in play, with Tyler Nichols replacing Aaron Miramontes as starting TE/DE. From the gecko, backup QB Aguirre struggled on the field. York continuously flew to the football, coming out with high volume and energy. At the end of the first quarter, York seemed to dominate ending at 14-0. Coming out in the second quarter, Morton’s offense couldn’t seem to roll. An inconsistency all around between the team collapsed the game. Dropped passes, incomplete passes, and a lack of special teams doing their job collapsed the team. At halftime, York couldn’t stop, with a score of 44-0. In the end, York came out on top with a score of 56-7. York has beat Varsity Football 2-0 the past two years, as they are an out-of-conference team. 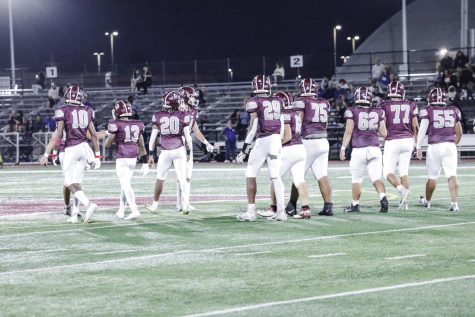 After 2 brutal losses, how can team morale, special teams, and a return of key players bring a real impact to the field?

With the return of Starting QB Hernandez, who covered 240 throwing yards and 50 rushing yards in Week 1, optimism raises in the air for what’s to come Week 3. Hernandez is a vital player in his role of the team, their captain, leader, and glue. Starting TE/DE Aaron Miramontes also is making a return to the turf, although snaps are expected to decrease. During the 2021 season, when the Mustangs faced the Blazers, Mustangs arose with a victory of 41-13. 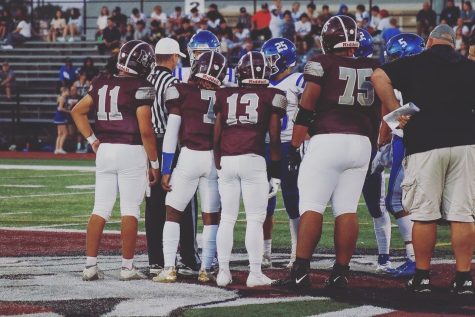 Offensive Coordinator, Daniel O’Donnell, expresses “We are a hungry team looking to get in the win column. Team morale is still high and our team goal has not wavered. Our focus? Doing all the little things right. Play fast, play physical and play to the whistle every play. Execution is the key to success this week. Do we have confidence? We had a great week of practice and feel good about getting some guys back in the lineup. Our success is not reliant on one player, it will take a team effort on all 3 phases to get the job done tonight.”

The Sterling • Copyright 2022 • FLEX WordPress Theme by SNO • Log in