The Cecil Hotel: A Hotel to Die For? 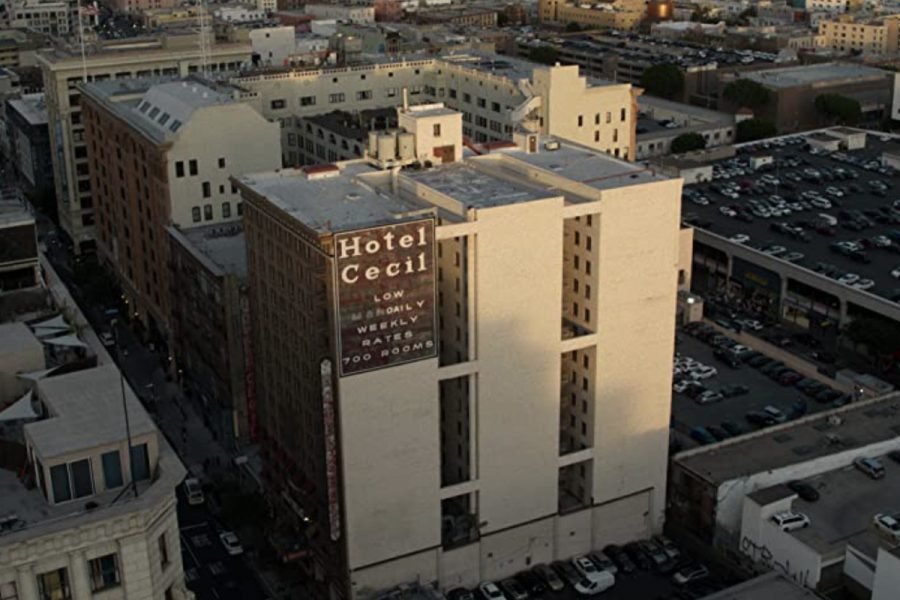 Looking for a nice vacation destination? The Cecil Hotel might not be for you. Constructed in the 1920’s, the Cecil Hotel officially opened for business on December 20, 1924. The 15-floor hotel has approximately 700 rooms. In 2017, The Cecil Hotel shut down and became the Stay on Main Hotel due to the hotel’s long history with suicides and deaths.

The new Netflix docuseries, “Crime Scene: The Vanishing at the Cecil Hotel”, takes you through the case of Elisa Lam, who mysteriously disappeared at the hotel back in 2013. Nineteen days later, Elisa was then found dead in a hotel water tank. The docuseries goes into depth about her disappearance by showing the security tape, explaining her past behavior, and talking to the former hotel manager.

Not only does the Netflix docuseries talk about Elisa Lam’s tragic death, it also go into depth about the history of the hotel and the area surrounding the Cecil Hotel, which is located right next to Skid Row, one of the most dangerous places in L.A, due to almost 40,000 homeless men and women that suffer from addiction that live in the Skid Row area. The docuseries also goes into depth about the past suicides and deaths that have happened in the hotel, one of them being the “Pigeon Goldie” case.

Before the hotel closed it’s the doors, the former hotel manager, Amy Price, mentioned that the hotel has had a lot of safety issues.  In the 10 years Amy worked there, thousands of 911 calls were made. Cops expected at least 1-3 911 calls during a day from the Cecil Hotel. One of the biggest safety issues, anyone could stay there. The hotel was known as where “serial killers let their hair down.”  One of the most notorious murderers, Richard Ramirez, also known as The Night Stalker, was a guest at the hotel. In the Netflix documentary, they mention that guests would recall seeing Richard Ramirez walk into the hotel covered in blood, and no one would say a thing.

While the Netflix documentary focuses only on Elisa Lam’s disappearance and the history of the hotel, they also focus on conspiracy theories many had throughout the investigation. In order to make viewers feel like they know everything, they talked to guests who stayed there during the investigation including Mike and Sabina Baugh, visitors from the UK, that were guests at the Cecil Hotel during the investigation, in the documentary they recall drinking foul-tasting tap water, which they later found out was connected to the hotel water tank, where Elisa Lam was found.