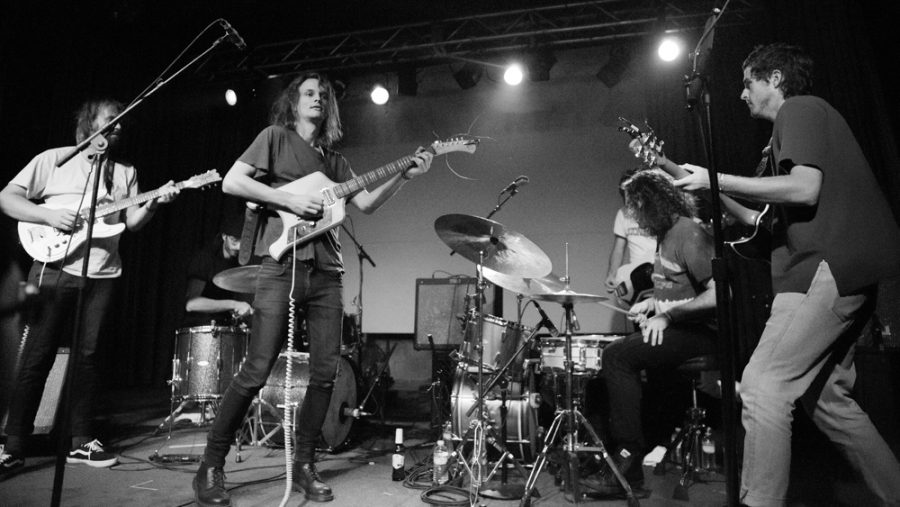 Before quarantine, King Gizzard had been pulling out many crazy performances that will bring out the wildest of fans in the pit

Keeping their promise for releasing music back-to-back and still being one of the hardest-working bands in the world, King Gizzard and the Lizard Wizard fans are reveling in the band’s newest album, “L.W.,” released on February 26th.

The immediacy of the album has been lauded for its quality, considering it came so quickly on the heels of “K.G.,” which dropped back in mid-November.

A summary for the new album, from a since-deleted pre-order page on Australian distributor Elusive Disc’s website, the album “L.W.” will serve as both a standalone piece and companion work to their previous album, “K.G.”

Many King Gizzard fans have even scooped out evidence of “L.W.” coming out, pointed out by its appearance on a new t-shirt that the band has released on their merch line, including all their albums, with the new album release at the bottom.

The tracks that will appear in “L.W” will be including their latest single “If Not Now, Then When?” as the album’s opening track.

King Gizzard and the Lizard Wizard’s previous album, “K.G.” that had released in November had been reviewed by NME, with them stating: “No doubt many of these songs will go on to be fan favorites, but while it’s not a step backwards, it certainly is a step sideways for a band who until now have been in perpetual motion.”

With the quarantine at its current state, fans will be relieved to hear King Gizzard in 2021 with new tracks that will send them in a state of psychedelic nirvana, as if the band themselves were there performing right in their fans’ ears.