Some West students and staff have experienced the miracle of adoption. 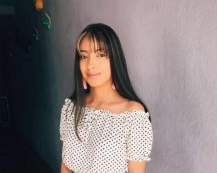 Sarai Gonzalez was adopted at a very young age.

“I think people need to not look at adoption like it’s a second choice” The process of adoption is a struggle but such an amazing thing at the same time. Going behind the scenes of someone being adopted is more interesting than you think. More people should start acknowledging the foster care system and how it’s being used, we need to spread awareness and step up.

One student, Sarai Gonzalez ’21, openly talked to us about her story of being adopted. Gonzalez reported, when she was adopted “I was I believe 4-6 months and I found out at age ten.” The Sterling asked if she knew her biological parents and she responded, “I only know my mom and the guy’s name but I’ve never seen him. Actually, my biological mother is my mom’s niece.” According to adoptioninstitute.com approximately 50% of “adoptees” know their biological parents. This impacts Gonzalez because she stated, “If I had a chance to go back I would’ve never wanted to know who my biological mother is.” The last time she saw her biological mother was two years ago. While interviewing Gonzalez, we know she is very grateful for her parents who took her in. She shared with us that “Words can’t really describe them, but in my eyes they deserve the world.”

Though adopted children are often grateful, going through the process of adoption itself can be challenging. Mrs. Delmonico, English/Theater teacher, openly shared with us about the story of her two daughters, whom she and Mr. DelMonico adopted from China. We asked Delmonico why she chose to adopt and she responded, “Why am I going to bring another mouth into the world when the world is overpopulated? I can adopt a kid who needs a home.” Do the DelMonico’s incorporate Chinese culture into their family life? “We eat Chinese food; that’s about it,” laughed DelMonico. Historically, Chinese girls always used to be ‘thrown away’ because of the one child policy, according to newsweek.com. About going to China and adopting, DelMoncio gushed that “it was actually an amazing experience.” Delmonico worked with the Adoption Center of Illinois and expended, “There’s a social worker who interview you and visits your home to make sure you’re fit to adopt and foster.”

Though adoption can be controversial in some people’s eyes, prospective mothers who put their babies up for adoption want to give them a better life. Ms. DelMonico and Ms. Gonzalez would certainly agree that having adoption in their lives has been an amazing experience.